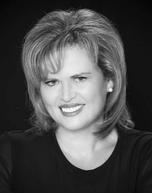 ​​ Whitecourt Rotary Music Festival is proud to announce the following Adjudicators for the 2023 Festival: 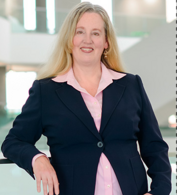 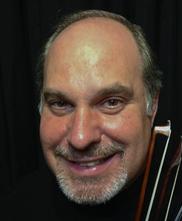 Miriam Mahood is a RCM Examiner who exams extensively throughout Canada & the USA. Since Covid she has remotely examined 710 candidates from Shanghai, Hawaii, Texas, Georgia, California, New York, Rhode Island, Florida, Washington, Colorado, New Mexico, Michigan, Massachusetts, New Jersey, Pennsylvania, Virginia, Arizona, Connecticut, Maryland, & Illinois, in addition to those in Canada. Ms. Mahood has adjudicated regularly for the Alberta, Saskatchewan, & British Columbia Music Festival Associations, her most recent festivals being Red Deer, Grande Prairie, High River Lions, Edmonton Contemporary Showcase, &Airdrie. Ms. Mahood is a graduate of the Mozarteum, Salzburg, Austria(Konzertdiplom), Universities of Saskatchewan & Alberta (B Mus. & M Mus.) & holds the ARCT from the Royal Conservatory of Music, & theAssociate & Licentiate from the Western Board of Music. She has been employed by such institutions as Alberta College, The Banff Centre, Universities of Alberta & Manitoba, Western Board of Music, Winnipeg Bible College, & has served as Music Director, Organist, & Choir Director invarious Churches, most recently at St. Georges Anglican. For many years she was Scholarship Chair, & served on the Ball Committee, of the Johann Strauss Foundation. Ms. Mahood runs a successful Piano Studio dedicated to student success. Her hobbies are hiking, languages, & travel.

Kerri has been teaching a variety of dance genres at various studios, in and around the Edmonton area, for over 30 years. With a passion for musical theater, she has choreographed a variety of musicals for St. Albert Children’s Theater, International Children’s Festival, and ME Lazerte, Ross Sheppard, Lillian Osborne and Victoria Schools. Community choreography credits include the 2001 World Track and field Opening and Closing Ceremonies, the 2002 Grey Cup Half Time Show in Edmonton, the 2005 World Masters Opening and Closing Ceremonies, the 2011 Alberta Education High School Completion flashmob, and the 2018 grand opening gala for the MacLab Theatre. Kerri has also teamed up with “Cops for Cancer” on a variety of cancer fundraisers featuring dancers, served as Membership Chairperson of the Alberta Dance Educators Association and organized dance education conferences for the ADEA and the ATA Fine Arts Council.

Kerri has enjoyed both a career as a dance studio teacher, as well as a dance education specialist with Edmonton Public Schools. Her International Baccalaureate training, in the area of dance, has taken her around the world to obtain a global dance perspective. She has been honored in a variety of capacities; for choreography, for dance education advancement and for excellence in teaching by Alberta Education.

After having taught in the Dance Programs at Victoria School of the Arts, the University of Alberta, Vimy Ridge Academy, and Lillian Osborne High School, Kerri moved on to the district level as a K-12 Arts Consultant with Edmonton Public Schools. She co-wrote all K-12 locally developed dance curriculums used by Edmonton Public Schools and acquired throughout the province. She spent three years working for Alberta Education to develop the K-12 Arts Education Provincial Curriculum, specifically in the area of dance. After completing her MA, Kerri has returned to Victoria School as Arts Curriculum Coordinator, providing instructional leadership to teachers in all areas of the Arts. Each spring, Kerri enjoys adjudicating various competitions and festivals across Canada. Kerri is thrilled to be invited to adjudicate and wishes the dancers great success.

​​​​Thomas Schoen was born in Dawson Creek, B.C., has a Bachelor of Music degree in violin performance from the University of British Columbia, has studied at the Banff School of Fine Arts, the Royal Conservatory of Music in Toronto and Suzuki Institutes in Calgary and Edmonton, Alberta, Steven's Point Wisconsin (on scholarship as a Suzuki Teacher Training Scholar), and Seattle Washington. Thomas has completed and registered all 10 violin units of short term teacher training, the violin practicum, as well as an overview of viola books 1-3 and viola book 4 with the Suzuki Association of the Americas. He has been the recipient of many scholarships, won first prize in the Vancouver Friends of Chamber Music Competition and has received awards in many other festivals and competitions.
Thomas currently resides in Edmonton and enjoys a busy and varied performing career as a recitalist, chamber, and orchestral musician, performing on both modern and baroque violins. He subbed regularly with the Edmonton Symphony, has played with the CBC Vancouver Chamber Orchestra, the Saskatoon Symphony Orchestra, the Okanagan Symphony, the Royal Conservatory Orchestra, the Oshawa Symphony, where he played as principal second violin, and the Vancouver Early Music Festival Orchestra among others. He performs regularly throughout Canada with the Schoen Duo who are well known for their concerts and educational programs and have been recorded by the CBC and broadcast in Alberta on the program Our Music.
Mr. Schoen has extensive experience teaching and adjudicating in both British Columbia and Alberta. He is currently violin instructor at the Augustana Faculty of the University of Alberta, as well as teaching privately in his home studio. Former teaching positions include Red Deer College, the B.C. Conservatory of Music, the Central Valley Academy of Music, Lakeland College and the Society for Talent Education in Edmonton. He has also conducted string ensembles for the Society for Talent Education, has coached string sectionals for numerous youth orchestra and gives frequent workshops in the schools. His students have been awarded both silver and gold medals for violin from the Royal Conservatory and have been recommended to provincial music festivals. He has worked with the Vancouver School Board providing class violin instruction, and has presented early childhood music workshops for 3 to 5 year olds in day cares and preschools. Most recently he has taken training in Suzuki Early Childhood Education, and now teaches Suzuki music classes for parents and their 0-3 year olds. In addition to his teaching duties, Thomas was institute director of the Alberta Summer Suzuki Institute from 2010 to 2021.
Thomas has received a Certificate of Achievement from the Suzuki Association of the Americas (2017) and a Teacher of Distinction award from the Royal Conservatory of Music (2018) in recognition of his teaching.
Thomas is one of the founding teacher members of Edmonton Suzuki Strings, the newest Suzuki program in Edmonton, Alberta.​​

She is a sessional member in the Theatre Department of MacEwan University, where, in 2019, she was nominated for a Distinguished Teaching Award. She is a mulitple Sterling nominee for herwork, not only as an actor but for her work as a director, playwright. Jennifer is a graduate of the National Theatre School of Canada,

and the Theatre Arts Program of MacEwan University. Her first article Performance Arts Training in the Era of #metoo won Forum Article of the Year from the Voice And Speech Trainers Association (VASTA) in 2019. Jennifer is currently writing her fourth installement of her highly popular play for children of all ages,Enchanted Antlers, which celebrates All Ungulates Eve, with Moose, Elk, Deer, Beaver, Bear, and new friend Pronghorn.